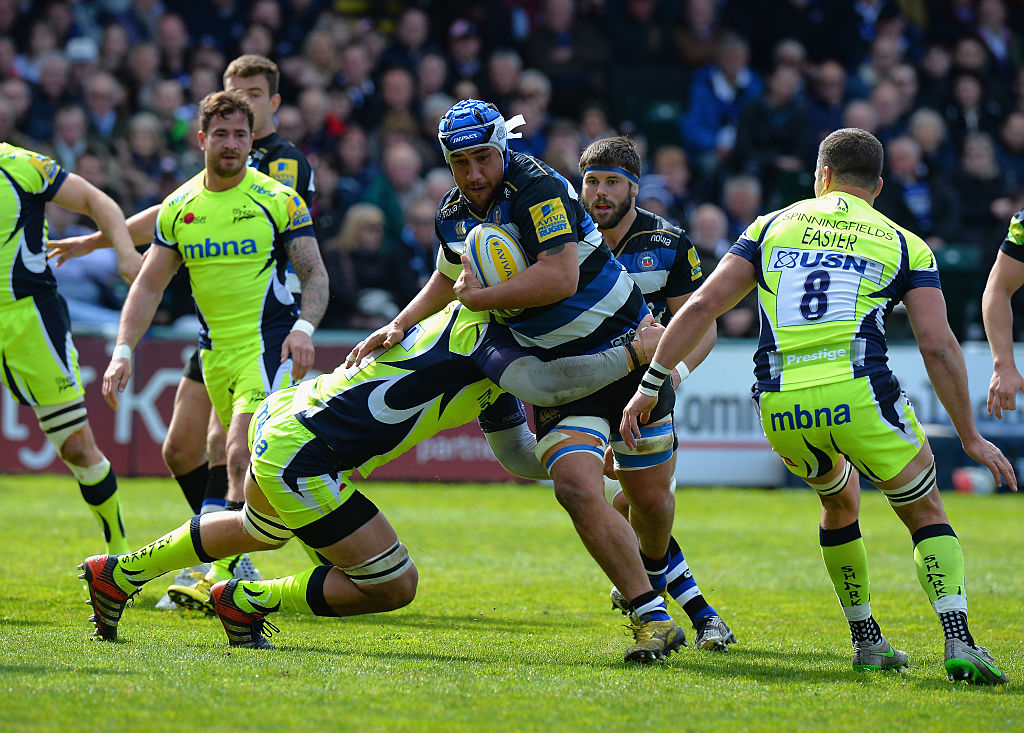 Bath Rugby briefly held the second spot in the Premiership table, thanks to their convincing win at the Rec on Friday night, comfortably beating the visitors 30-3.

Sale Out Of Sorts

Sale were nowhere near their best, but all credit to Bath who were ready and waiting to capitalise on the errors made, and those led to two exciting (if opportunistic) tries in the second half. Bath were able to dominate, in the same sort of one-sided game they’d been on the wrong side of two weeks ago against Leicester Tigers, in no small part thanks to Matt Banahan and George Ford.

Banahan, especially, seems to be on particularly good form, arguably presenting a convincing case to the England coaches that with Manu Tuilagi still out, there is a big hole for a powerful centre who can knock through the gainline. He seems to have found a renewed sense of purpose for his game of late, much more so than when he last pulled on the national jersey, and his versatility, at least in part, will have helped him secure his second man of the match award in as many weeks.

This latest win further cements Bath’s position in the top half of the table for a side that have not lost at home since the first day of April. They turned over the ball much more than they would have wanted to, though fortunately for Bath, Sale did not have the gumption to capitalise and instead let Bath crawl further and further ahead.

Sale’s kicking game was just one element that let them down at the Recreation ground, which will be all the more frustrating for them considering their impressive win against Leicester the week before.

There were some standout players on the night, who entertained and impressed Eddie Jones, who was in the crowd, but no-one had such a bad game that they would be advertising rugby boots for sale this week. Jones was in the West Country with his full team of Paul Gustard and former Bath stalwarts, Steve Borthwick and Neal Hatley.

The England coaching team was thankfully able to see national squad members George Ford, Semesa Rokoduguni, Jonathan Joseph and Josh Beaumont all come through the match unscathed, ready for training with the England squad. With injuries to several key players, that will be good news for all involved with the England set up.

It’s been close to the dream start to the season for Bath’s new Director of Rugby, Todd Blackadder, with five wins from the first six matches, and a record home crowd under the floodlights on Friday night. He and the full squad at Bath are, however, feeling the loss of Anthony Watson, injured training with England earlier in the season.

Wins for Saracens and Wasps over the rest of the weekend push Bath down to third at the end of round 6.

There is a break in the Premiership action coming up, as the European competitions kick-off. Bath go into that knowing they are playing well and they should be feeling very positive. Sale Sharks will know that they have a lot to do to get to a point where they feel confident again. Europe might well come as a welcome distraction!