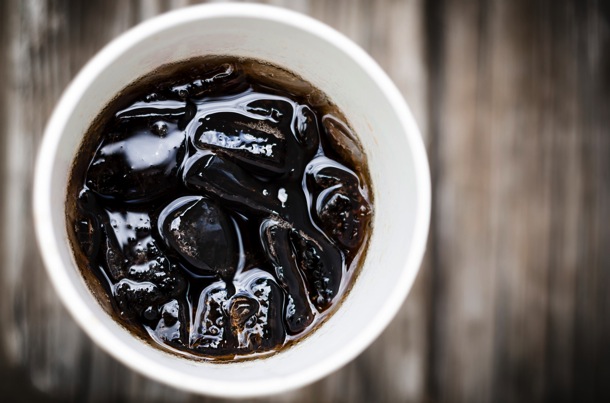 Coffee is one of the most famous and commonly consumed beverages throughout the world.

The popularity of coffee amongst people is not only because of its taste and aroma, but it has quite a lot of health benefits as well.

Coffee is produced from seeds of small red fruit. It is a very complex process to turn coffee seeds into a beverage, perhaps the most complex process associated with any major beverage.

But this complex process is what makes it the most popular and healthy beverage.

Let’s look at some of the health benefits of drinking the world’s favorite beverage.

The following are the health benefits of coffee:

That instant energy boost is because it contains a stimulant called caffeine. Caffeine is the most famous and common psychoactive drug used in the entire world.

When caffeine reaches your brain, it blocks the inhibitory neurotransmitter adenosine.

During this process the amount of other neurotransmitters like norepinephrine and dopamine increases. This leads to enhanced firing of neurons.

Caffeine is known to boost your metabolic rate by 3–11 percent. An increase in the metabolic rate means the food that you eat and the fat in your body burns at a faster rate.

Some studies also indicate that caffeine can specifically increase fat burning by as much as 29 percent in lean people and 10 percent in obese people. Therefore instead of spending a lot on expensive supplements, just fill up your coffee supplies.

However, these effects of caffeine on fat burning and metabolism might diminish in long term coffee drinkers.

Caffeine is the most commonly used pre-workout supplement and is quite popular amongst people who workout.

Caffeine stimulates your nervous system which signals the fat cells to break down body fat.  When the fat is broken down, it makes free fatty acids available as fuel.

Caffeine also increases the levels of epinephrine (adrenaline) in your blood. Epinephrine is a hormone, which prepares your body for intense physical exertion.

Due to the above reasons, it’s unsurprising that caffeine can improve physical performance by 11–12 percent.

Therefore, a strong cup of Sanka coffee about half an hour before you head to the gym can be the best and cheap pre-workout supplement for you.

Coffee is not just an energy booster or pre-workout drink. But coffee also contains some of the essential nutrients that are very important for the body.

A single cup of coffee can provide you with the following nutrients: :

Though these nutrients are in small quantities, most people enjoy several cups per day allowing these amounts to quickly add up.

5. Might help to lower the risk of type 2 diabetes

Type 2 diabetes is a major health issue throughout the world. At present it has affected millions of people worldwide.

It is basically an increase in blood sugar levels caused by insulin resistance or a reduced ability to secrete insulin.

People who drink coffee regularly have a significantly reduced risk of type 2 diabetes.

As per studies coffee drinkers have a 23-50 percent lower risk of getting diabetes.

6. Lower the risk of Alzheimer diseases

Alzheimer’s disease is the most common neurodegenerative disease. Alzheimer’s is one of the main causes of dementia worldwide.

Usually people above the age of 65 are affected by this disease and there is no known cure for it.

However, there are several preventive measures you can take to prevent the disease from occurring in the first place.

The preventive measures include eating healthy and exercising, but drinking coffee may be incredibly effective as well.

As per several studies coffee drinkers have up to a 65% lower risk of Alzheimer’s disease.

7. Lowers the risk of Parkinson

After Alzheimer’s, Parkinson’s disease is the second most common neurodegenerative disorder. It is caused due to the loss of nerve cells in the part of the brain called substantia nigra.

Just like Alzheimer’s, there is no known cure for Parkinson, which makes it that much more important to focus on prevention.

Here caffeine itself appears to be beneficial, as people who drink decaf don’t have a lower risk of Parkinson’s. Sanka coffee provides you with the required caffeine levels.

Depression is a serious mental disorder throughout the world effective the life of millions of people. It is the main cause of deteriorated quality of life.

As per a Harvard study, women who drank 4 or more cups of coffee per day had a 20 percent lower risk of becoming depressed.

Coffee is considered to be one of the healthiest beverages on the entire planet.

For individuals who eat a standard Western diet, coffee is known to be one of the healthiest aspects of their diet. Their kitchen is always filled with coffee supplies.

The main reason for that is, coffee is quite high in antioxidants. These antioxidants help your body stay clean and healthy.

Studies show that many people who drink coffee often get more antioxidants from coffee than from fruits and vegetables combined.

Cancer is one of the world’s leading causes of death killing thousands of people every year. It is a result of uncontrolled cell growth in your body.

Coffee may protect you against two types of cancer: liver and colorectal cancer.

Liver cancer and colorectal cancer are the third and fourth leading causes of death in the world.

Studies show that coffee drinkers have up to a 40 percent lower risk of liver cancer.

Whereas people who drank 4 to 5 cups of copper per day had a 15 percent lower risk of colorectal cancer.